The story of my illegal arrest is getting more ridiculous, as more facts come to light. 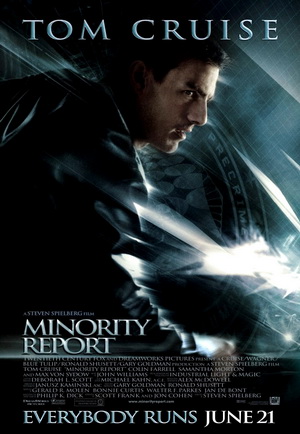 Last week, I submitted a Public Disclosure Request, and just received a copy of the radio log of the call that eventually led to my arrest and imprisonment. It reads:

NEAR RR TRAX SOME TEENAGERS GETTING READY TO GRAFITTI THE BRIDGE

I literally laughed out loud. The Tribal Officer, traveling at 45 mph down a dark country road, was able to determine that the “3 MALES ON BIKES” he saw for a split second, were “GETTING READY TO GRAFITTI THE BRIDGE”.

The officer’s unique ability to predict future crime is astonishing, especially considering that one of the “teenage males” he saw was a 33-years old, 230-pound, bearded yours truly, and another was my petite, pony-tailed, 17-year old niece.

The Sheriff’s Deputies’ reports make it clear that they were disappointed when they didn’t find any spray paint in our backpacks, or fresh graffiti on the bridge. May I suggest that you should make sure that an actual crime was committed, before you pull people over?

Next time you hear the law enforcement officials complain about the “lack of resources”, show them this story, and ask why they waste taxpayer’s money on harassing and arresting innocent citizens.

My attorney just let me know that he spoke to the prosecutor today, and got the case dismissed without prejudice.

I’d like to thank all my friends, some that I’ve had the honor to meet in person, and some that I haven’t (but sure hope to!), for standing by me and helping get the story out. Thank you for your encouragement, prayers, and support.

I’d like to thank Dave Stevens and Richard Lee for their superb work. They sure lived up to their reputation as the best criminal defense attorneys this side of the mountains.

And of course, I thank God for helping me through this ordeal, and for the best possible outcome. 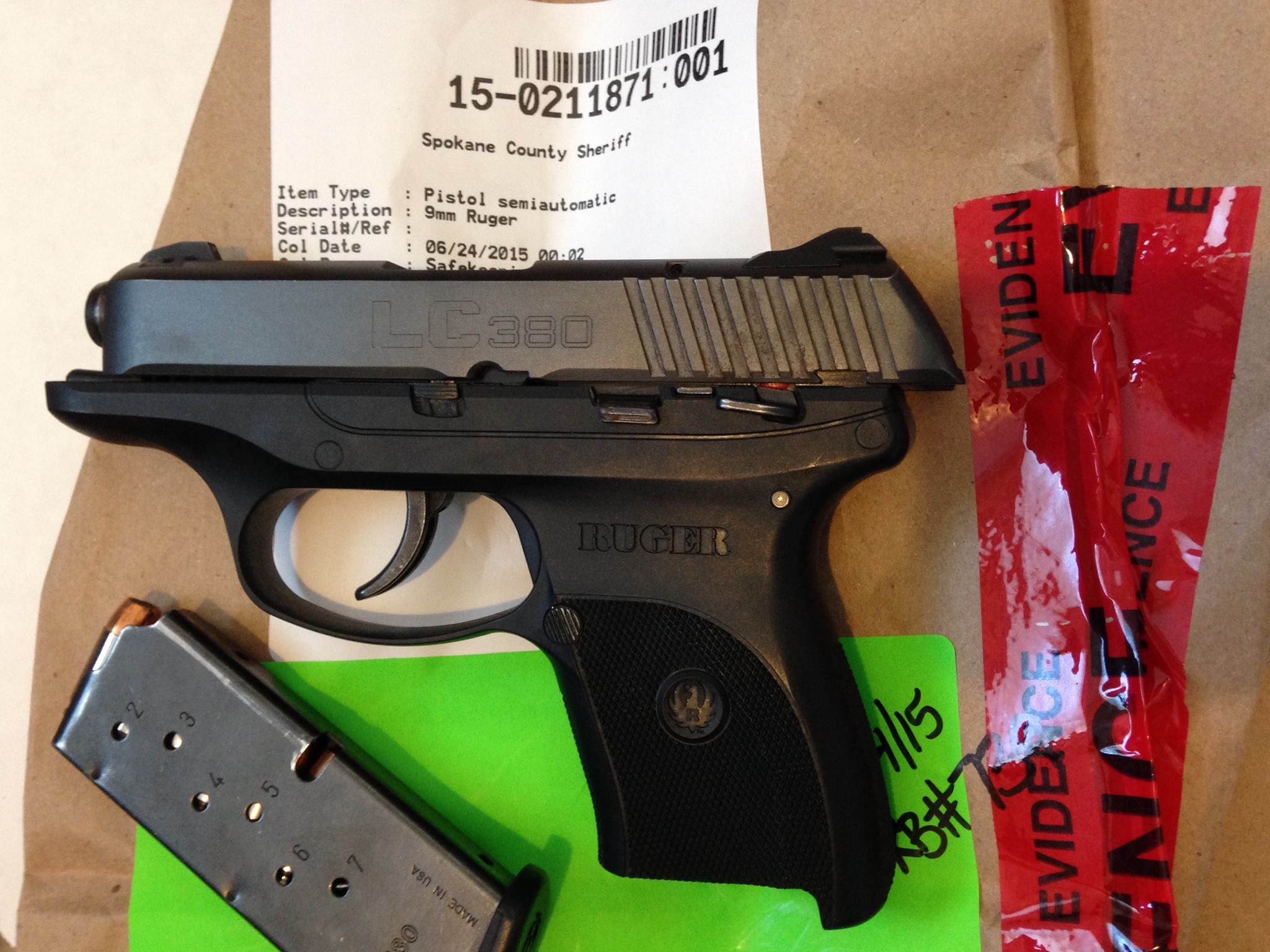 It’s been 17 days, and I still can’t get my handgun back. Just called Spokane Police Property, and the very polite officer told me that they’re still waiting on “one of the background checks, I can’t tell you which one”. He also said that “usually, these are done much quicker”, and that he will email the person doing the check about it.

This is puzzling, since I don’t have a criminal record, and possess a valid Washington Concealed Carry License.

Sheriff Knezovich said in his presentation “if anything happens to these deputies, I hope you will hold the people responsible for this little firestorm accountable”, meaning myself and the friends that shared my story. I wonder if the Sheriff and his deputies will accept responsibility if anything happens to me or my family, because they took away my means of defending myself.

I will be calling SPP again, on Monday.

Today was July 1, my arraignment. The judge read me my rights, had the prosecutor read the charges against me, and set a date for the pretrial conference.

Before the arraignment, my attorney Richard Lee and I went and got the police_report. This was the first time I got to read the officers’ accounts of the events (you can read mine, here: How I Went to Jail for Being a Constitutionalist). I also transcribed them for your reading convenience.

On 06/24/15 at 0002 hours I overheard Kalispel Tribal Officer Brett Person advised radio there was some teens possibly tagging the railroad overpass at Trails Rd and Spotted Rd in Spokane County.

I responded to the area along with Deputy Quine. In the area of 10100 W Trails Rd, I noticed three subjects on bicycles riding west on Trails Rd. I turned around and contacted all three riders. Sergey and Elena where (sic) the first two I contacted. Then the third male later identified as Vitaliy V Maksimov asked if they were detained. I advised him and Sergey they were free to leave if they wanted, but I need to speak with Elena who did not have a headlight on her bicycle. She was using the flash on her cell phone, which was attached to her person as a light and not on her bicycle.

Vitaliy was interrupting my conversation with Elena and telling me I could not detain her. This is when I told Vitaliy he again was free to leave and now I was giving him the order to leave because he was now obstructing my investigation. Vitaliy just gave me that thousand yard stare. I again ordered him to leave, Vitaliy said “No” and mentioned it was not a lawful order. This is when I advised Vitaliy he was under arrest for obstruction. Deputy Quine and myself each grabbed an arm, we first took his backpack off and then handcuffed Vitaliy, double locking and gauging the handcuffs.

I escorted Vitaliy back to my patrol car where I advised him he had the right to remain silent and the right to an attorney. I then spoke with Elena who advised they were coming back from Church and the YMCA. I asked if they had stopped at the train overpass, she said they had, but just to rest. I asked to look in her backpack, she said I could and I only located a water bottle.

Deputy Quine had patted down Vitaliy’s backpack for weapons and located a 9mm pistol. Note: Vitaliy had a current concealed pistol license.

I then spoke with Sergey, he gave the same answer as Elena. He too said I could look through his backpack. No paint cans were located. A family member arrived in a vehicle to pick the other two up. I asked Vitaliy if he wanted them to take his bicycle. At first he just stared at me, and then said that would be ok.

Deputy Quine placed the pistol onto property for safe keeping, while I transported Vitaliy to the Spokane County Jail where I booked him on the above charge. His backpack was handed over to Jail staff, no other weapons were located. He continued to not cooperate with the process once we got to the jail. Vitaliy refused to answer questions for the Jail staff and said he wanted to talk with his attorney. I cleared without further involvement.

Deputy Hays’s report contains numerous inaccuracies, and leaves out a few details. For example, he doesn’t mention that the deputies screamed “you need to stop doing stupid sh*t” at the kids, threatened them with jail, and brought them both to tears.

On 06/24/2015 I assisted Deputy Hays on a suspicious persons incident. Once we were near the initial incident location (N Spotted RD/ W Trails Rd), Deputy Hays observed three subjects on bicycles heading our opposite direction of travel. Deputy Hays advised dispatch he would be out with them and I backed him.

While Deputy Hays was putting Maksimov into the back of his patrol vehicle, I picked up Matsimov’s (sic) backpack that he was wearing and did a pat down for weapons. During this pat down, I felt a hard object (in one of the front zipper pockets) that resembled the feeling of a handgun of some sort. I unzipped the zipper and identified a 9mm Ruger handgun. I made the handgun safe and advised Deputy Hays. Since Deputy Hays was bringing Maksimov to jail, I took custody of the handgun and placed it onto property for safekeeping. This concluded my involvement with this incident. See Deputy Hays report for further information.

Did you catch the discrepancies between the two accounts? Did you count the number of times Mr. Quine claims I referred to my niece, as “my sister”? My nephew told me that it was he that told the deputy that I have a CCL and that there was a gun in my backpack. And it wasn’t a 9mm Ruger, the handgun I had in my backpack is a .380 auto.

Before we parted, I asked the attorney what I could have done differently, to avoid going to jail. “You mean, while standing up for your rights? Nothing.”

I then asked if he had any advice for the children.

– Don’t answer any questions. Don’t let them search you.
– But I don’t want to go to jail!
– That is the price of liberty.